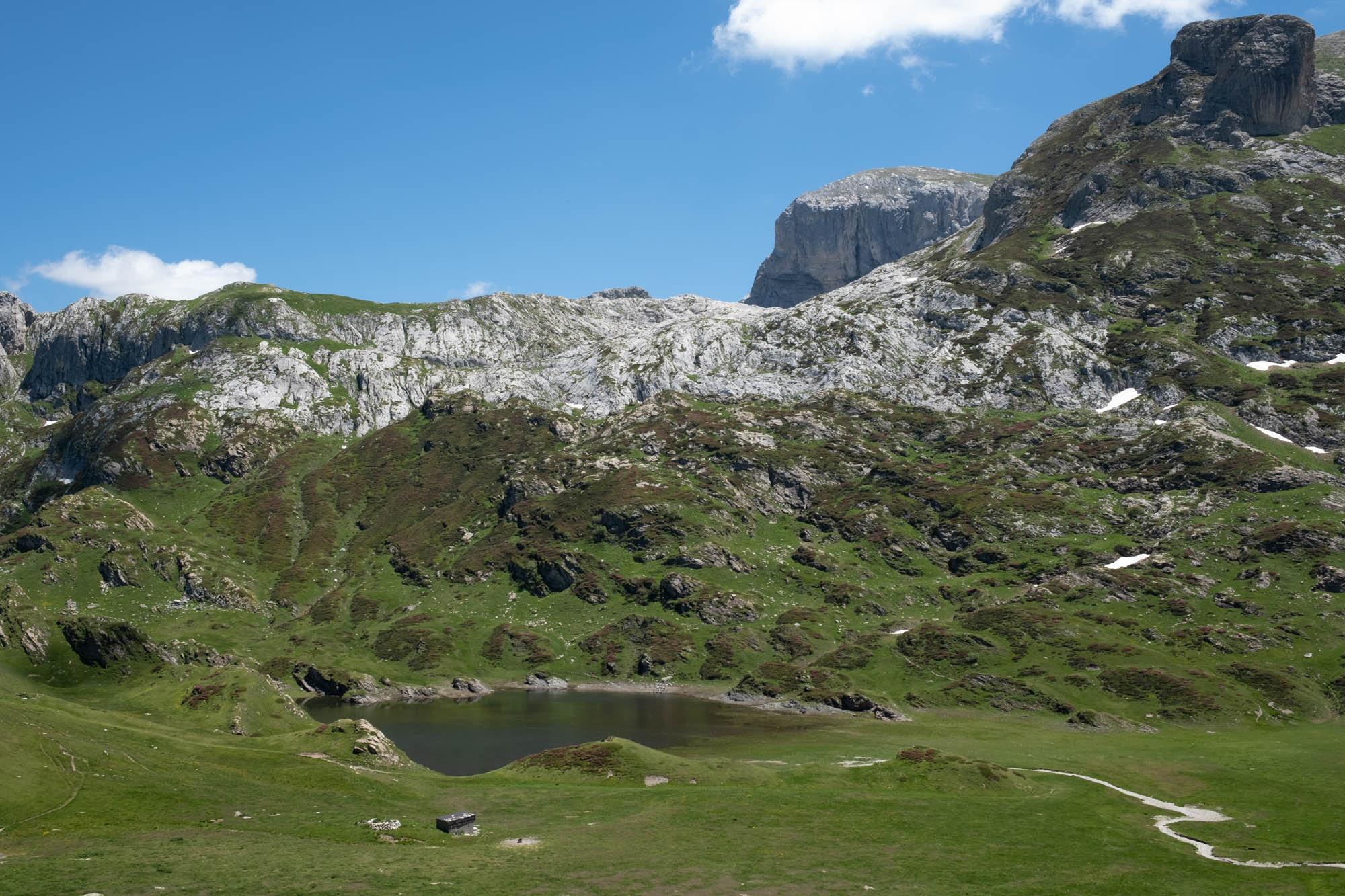 We enter the lush Pian Marchisio, dropping down a few metres in altitude. You cannot miss the gravel track to be taken, winding among the virtually flat and beautiful meadows dotted, in late spring, with a multitude of colourful flowers.

After passing numerous rivulets that flow into the Ellero torrent, we begin the short ascent along hairpin bends as far as the crossroads for the Mondovì Refuge.

Just a few hundred metres from the crossroads (signs), we reach the enchanting Mondovì Refuge (1761 m), standing on a small, grassy rise at the base of the channels flowing down from Punta Havis de Giorgio.

Behind the refuge, to the south-east, during the thaw you can admire the spectacular Pis dell’Ellero, a waterfall flowing out of Piscio’s rock faces.

Above the refuge, we take a beautiful path climbing to the right (signpost).

After passing a shoulder, we drop a few metres in height and continue over a long traverse between rocks and the stunning rhododendrons, pansies and gentians up to the rocky ramparts that close the valley.

A number of steep final zigzags take us to the so-called Porta Biecai (1998 m), a rocky gully that projects us up and on to the magnificent shelf above.

Leaving the path, we turn immediately to the left and move freely down to the shore of Lago Biecai, enclosed in the large, open valley pasture beneath the rock faces of the same name that protect it to the east and the higher terrain to the west.

This lake usually only has water until the end of June, since thereafter it tends to flow quickly into the karst ravines of the site. Hikers often come across groups of chamois coming down to drink at the lake from the peaks at the sides.

We are spoilt for choice in these green meadows for a place to relax and rest. After a well-deserved break, we return along the outward trail to complete a marvellous itinerary that is also ideal for families with children.