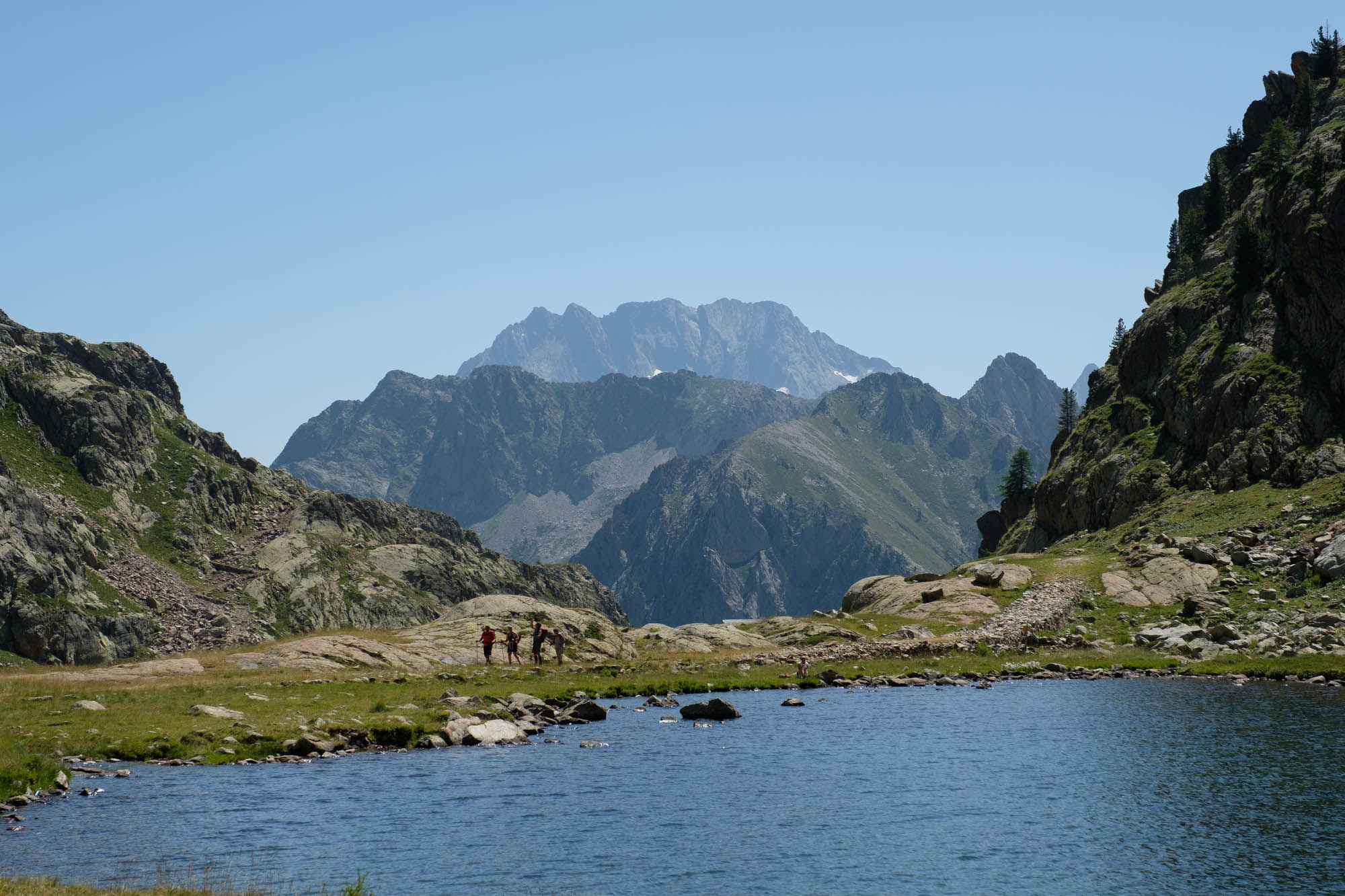 Take the cart road entering the broad Valasco valley, squeezed between Rocca Sottana di San Giovanni on the left and the wild, deep valleys that descend from the central peak of Monte Matto (3097 m) on the right.

After less than a kilometre, close by an electricity sub-station built in stone, we leave the road and its lazy hairpin bends to take a number of short cuts on the left more or less along the bed of the stream. Except for crossing the cart track a few times, we continue along this short cut until we reach the lower edge of Valasco near the crossroads for Colle di Valmiana (fountain).

We now proceed along the wonderful, wide Valasco valley (1735 m) on the gravel track climbing to the right of the Royal hunting lodge and its characteristic side towers, today converted into a welcoming refuge that has become a classic destination for families. It is well worth stopping to enjoy the spectacular amphitheatre of mountain peaks surrounding us.

Returning to the trail, we reach the beautiful waterfall at the end of the plateau and cross the bridge over the torrent. After a few dozen metres, do not take the path on the left for Val Morta and Colletto del Valasco (signpost) but turn right, shortly after passing a second wooden bridge. The gravel track continues climbing along hairpin bends in the larch wood while revealing excellent scenic views of the Valasco plateau behind us.

Close by huge larch at around 2000 metres, ignore the path to the Questa Refuge and continue along the track ascending to Valscura. Avoiding several short cuts (effectively the original track), we take a broad hairpin leading us across an evocative stretch carved into the rock that even involves an artificial tunnel – a masterpiece of military engineering.

Continuing the climb, we soon reach the wide valley with the lower Valscura lake (2274 m), one of the largest in the Gesso valley, at the feet of the imposing rocky mass of Testa del Malinvern (2939 m). What is a hiker’s paradise today in the past was a strategic military area, as witnessed by the many ruins of old barracks. Far behind us in the background stands the imposing bulk of Argentera – not surprisingly known as the “Queen of the Maritime Alps”.

The return route retraces the outward journey. Alternatively, those who feel up to it can extend the route by passing round the beautiful Claus and Portette lakes, where the Questa Refuge is found.

A fantastic circular itinerary revealing some of the most beautiful alpine lakes in the wild Gesso valley. A true rocky balcony offering, on one side, spectacular views of the lakes and, on the other, the Argentera massif and the inaccessible Corno Stella.