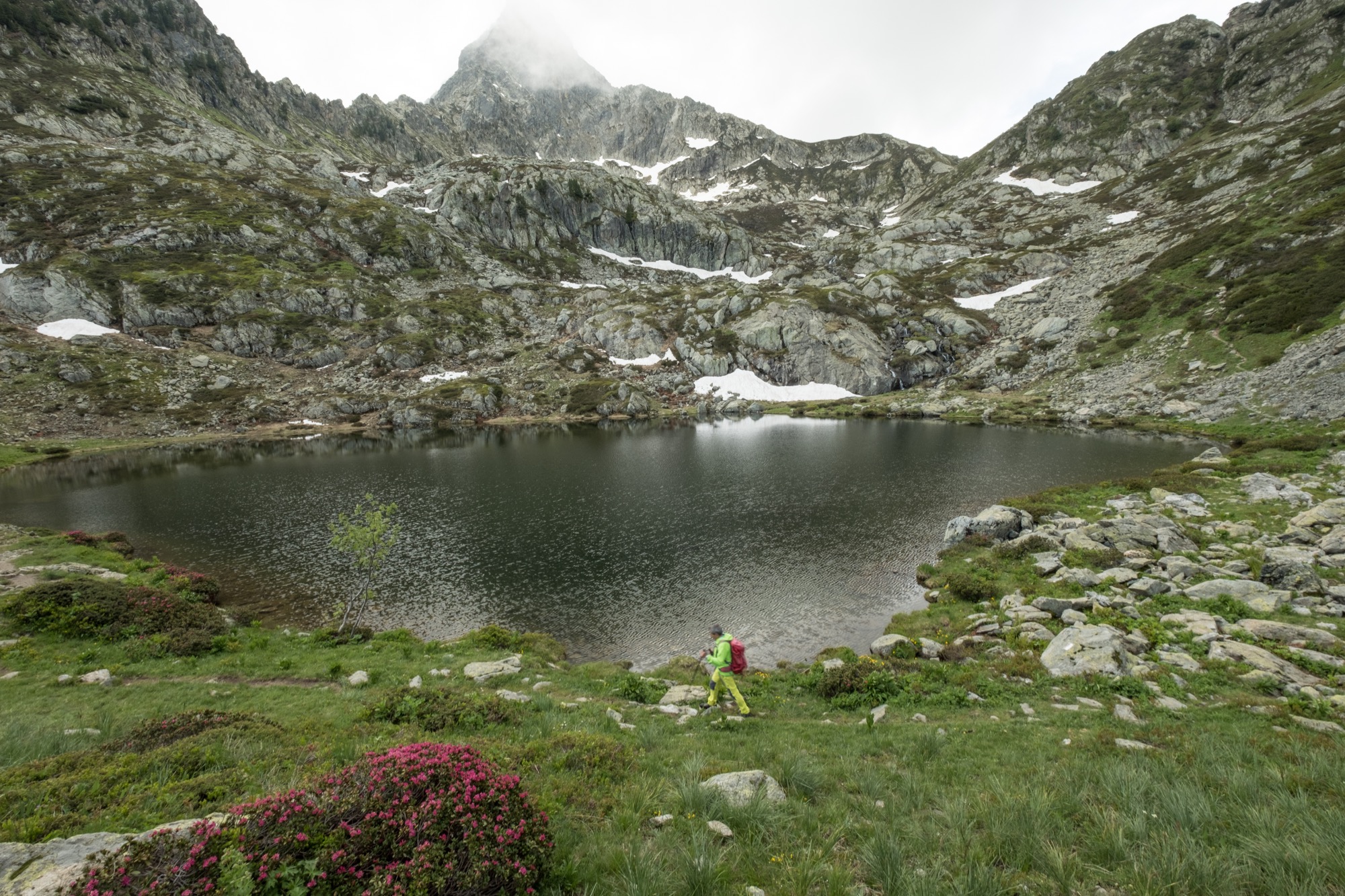 Take the initially asphalt road climbing to Palanfrè and continue alongside the houses at the feet of the fine Locanda l’Albergh.

The road becomes unpaved and we leave it two hundred metres further on, taking the mule track on the left in the direction of the broad Albergh valley.

We pass through a cool beech wood over a largely flat track to reach Gias Piamian (fountain). A little further on, we leave the old path that continues to the right – not recommended now because of avalanches and landslides – to cross the bed of the stream on the left and then ascend an initially rocky stretch in the woods. We have to cross a narrow gorge of layered limestone rocks.

We climb numerous steep hairpin bends and after a short flat stretch halfway up we then descend to the right. The fragrant mountain pines become more common and progressively predominate over other species. After crossing the torrent again, we rejoin the original path.

The broad valley becomes narrower and the imposing rocky pyramid of Frisson which encloses it upstream appears before us. After a few hundred metres, precisely where the valley widens out again, we reach a crossroads. Do not take the left branch that leads to Lago degli Albergh but proceed on the right. For a certain distance, the two paths run almost parallel to each other until we reach Gias Vilazzo (1823 m), standing a rise.

Turning to the right, we ascend a grassy incline and cross a slope at the feet of the steep rock face of the Guglielma peak before emerging into the broad valley basin with the enchanting Lago Inferiore del Frisson (2054 m), dominated by the mountain of the same name.

Skirting the lake on the right along a barely visible track between the rhododendrons, we quickly reach the splendid Lago Superiore del Frisson (2124 m), sitting in another wide basin below the Mena Pass.

After a well-deserved rest, we return along the same route. Those who feel up to it (only recommended for expert hikers) can cross from the lower lake towards Lago degli Albergh to complete a partial circuit.

Six imposing fortifications were built at the end of the 1800s in a splendid panoramic position around the Colle di Tenda on the border ridge to counter a possible invasion from across the Alps. Ironically, the forts became French property in 1947. This scenic loop takes hikers to the three…